Both No. 1 LSU and No. 2 Ohio State showed out well during the Home Depot College Football Awards Show Thursday night. Not surprisingly, both football programs did the same on one of the most prestigious teams in the sport as well.

Earlier tonight, the Walter Camp Football Foundation released its 2019 All-American teams, the 130th such squad recognized by the organization. LSU and Wisconsin led all schools with three first-team selections, while Ohio State led the way overall with five first- and second-team honorees (two on the first team, three on the second). LSU ended up with four overall, while Clemson had three (two first team, one second).

LSU and OSU were also one-two at the quarterback position, with Joe Burrow, also named the Camp Player of the Year, earning first-team honors and Justin Fields being the second-team selection.

Conference-wise, the Big Ten’s 15 selections on both teams led the way, followed by the SEC’s 13 and Pac-12’s seven. All told, eight of the 10 FBS conferences are represented — the Sun Belt’s Arkansas State (wide receiver Omar Bayless) claimed its first-ever Camp All-American — while 32 different schools claimed spots on one of the two teams. Two of those schools, Florida Atlantic (tight end Harrison Bryant) and Boise State (defensive end Curtis Weaver), had their first-ever first-team Camp All-Americans.

The AAC and MAC were the only FBS conferences without a player selected.

Individually, two players repeated as first-team All-Americans — Wisconsin running back and Doak Walker Award winner Jonathan Taylor, LSU safety and Jim Thorpe Award winner Grant Delpit. Taylor is actually a three-time Camp All-American as he was named to the second team as a true freshman in 2017.

Delpit’s teammate, defensive back Derek Stingley Jr., is the only freshman among the 51 All-Americans. 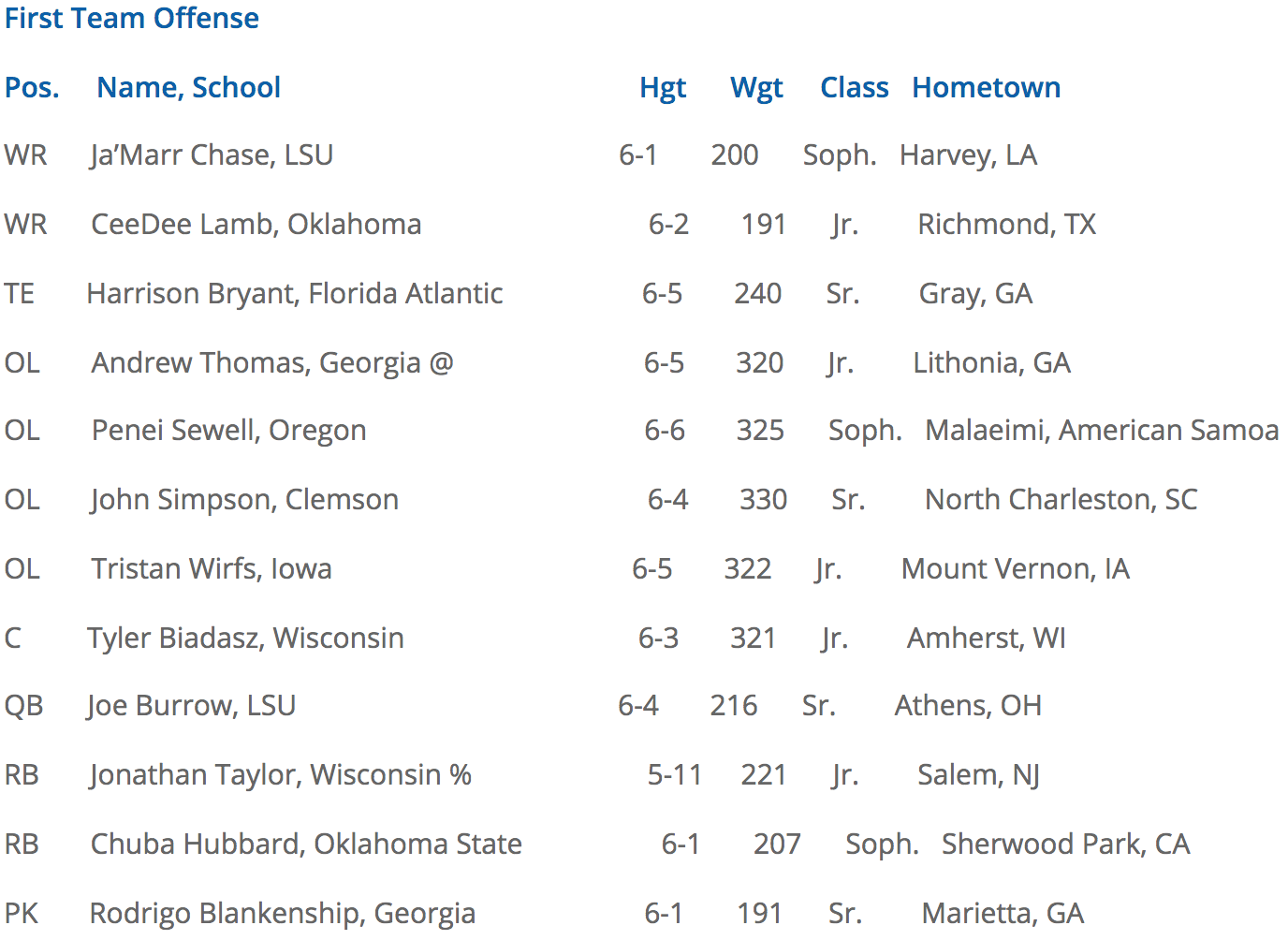 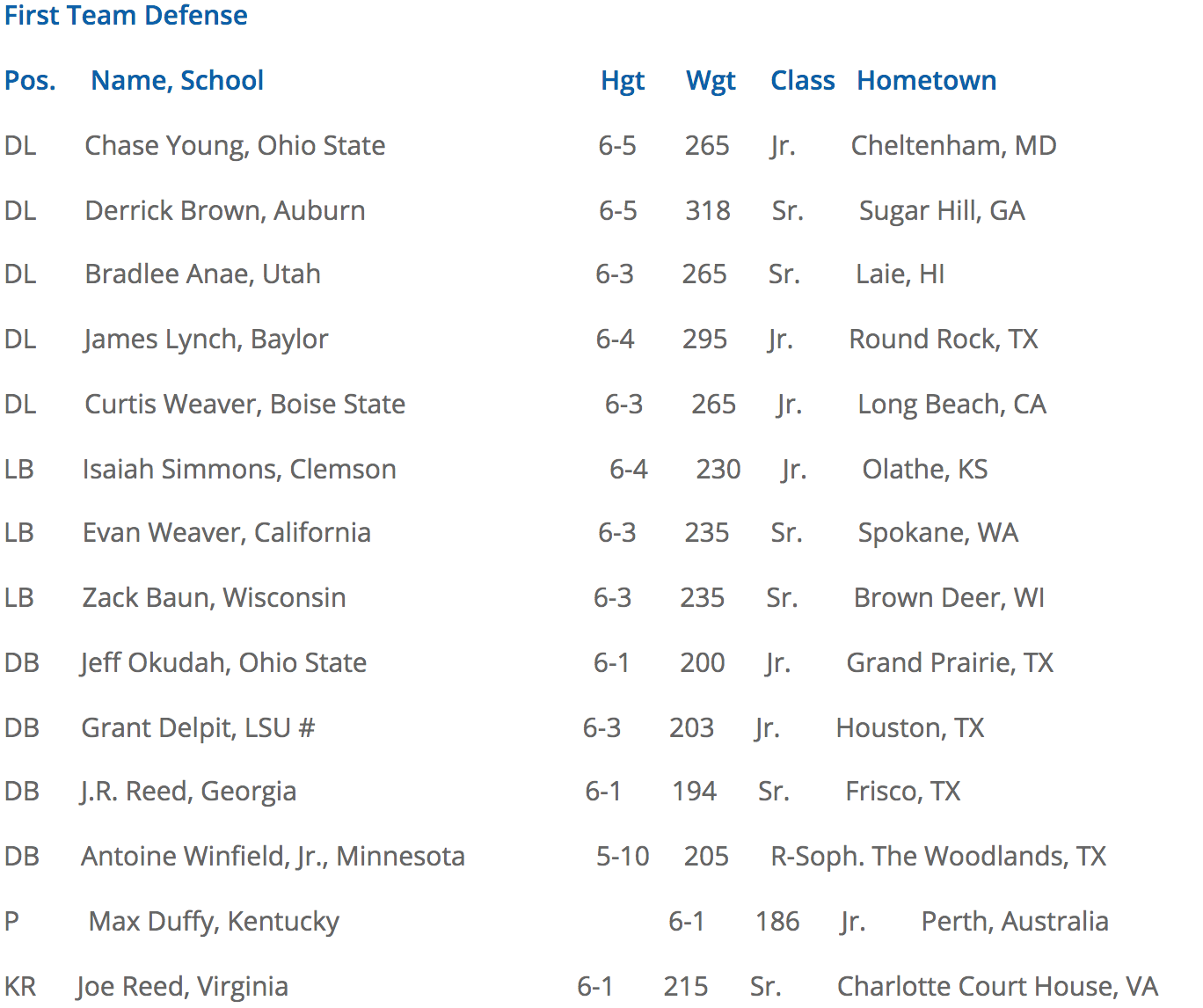 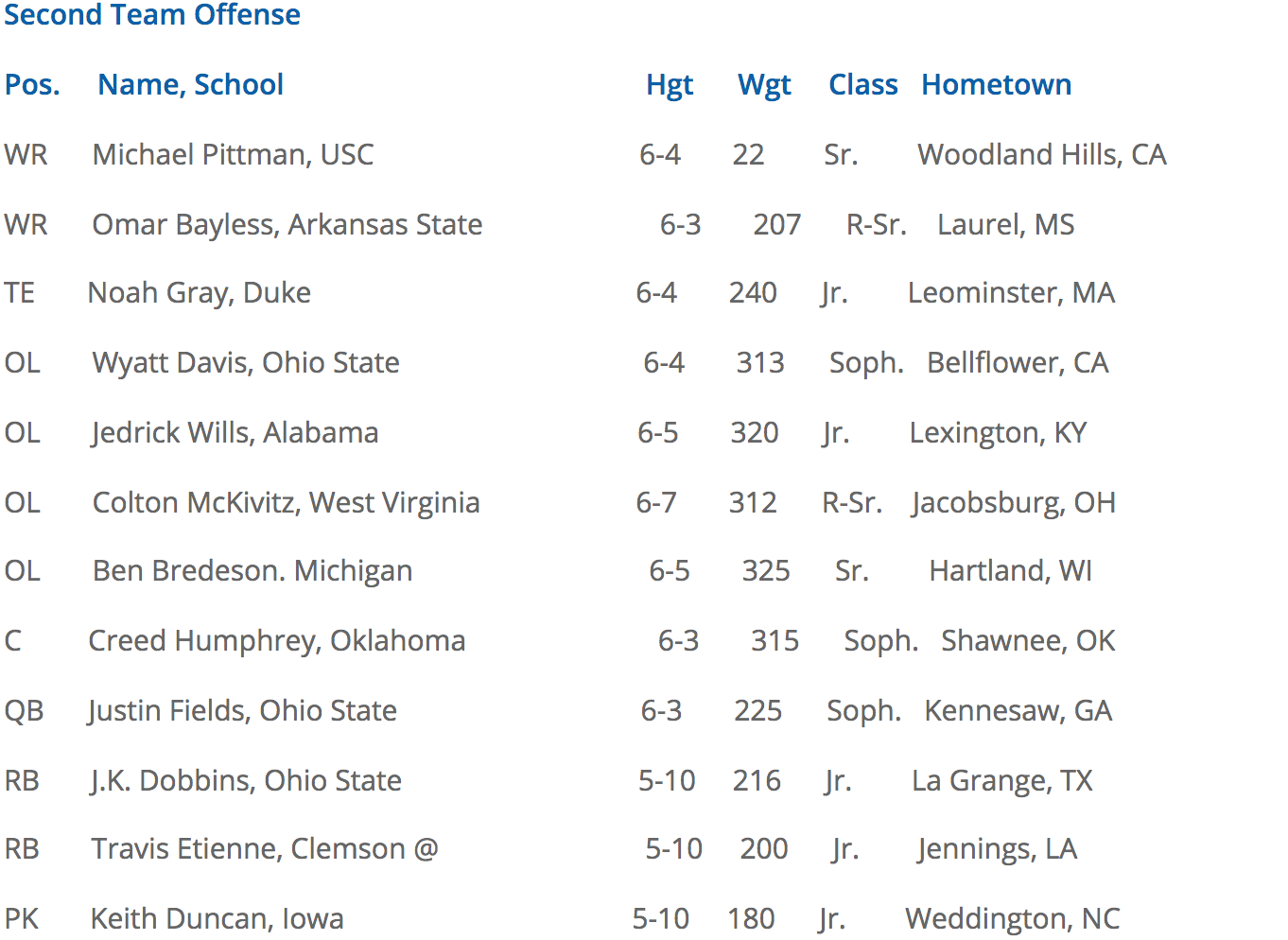 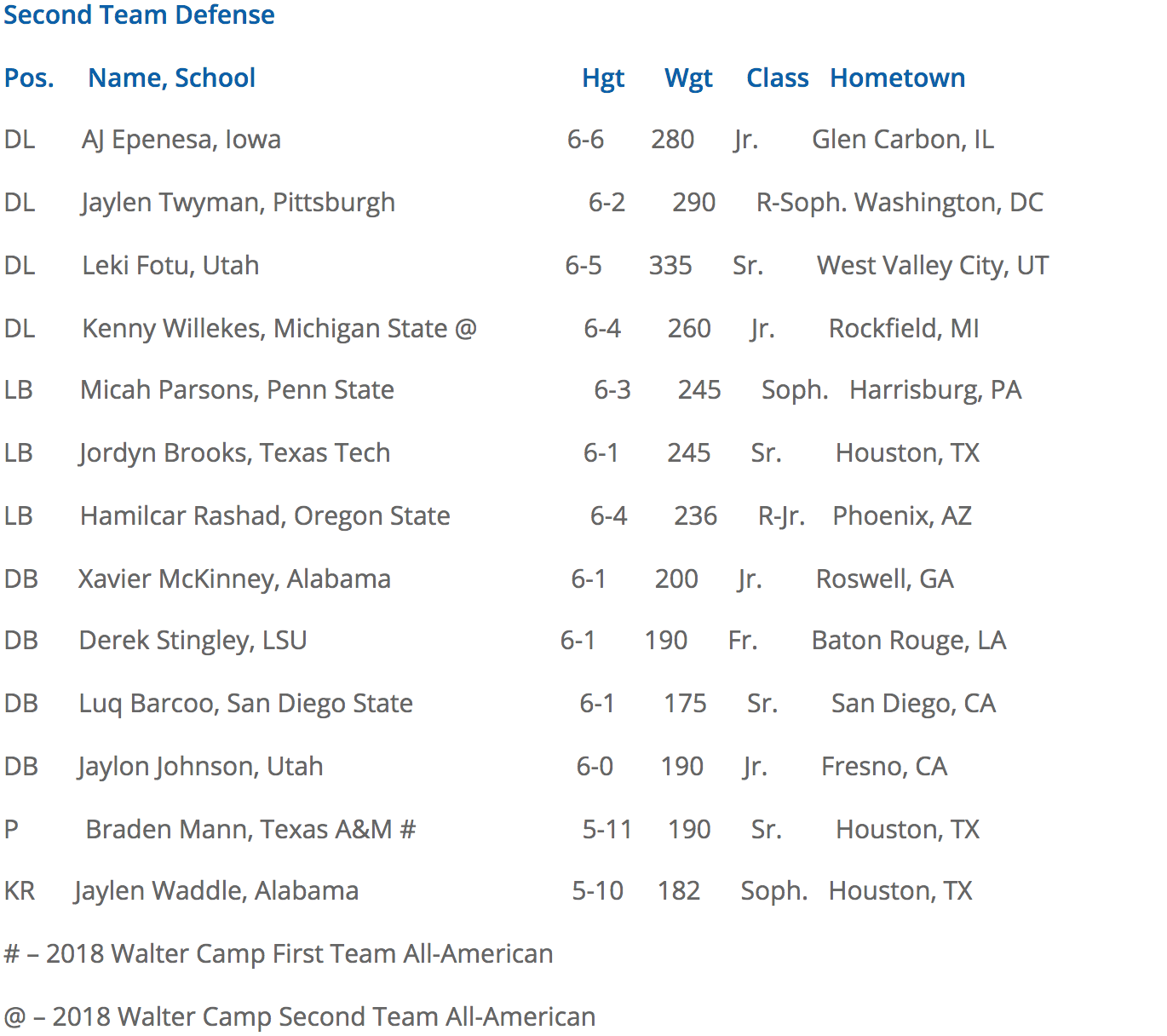 Missouri’s passing game received a boost this weekend in the form of a new receiver. Damon Hazelton, Jr., has joined the team as a graduate transfer.

Hazelton arrives via Virginia Tech, but announced over earlier this month he would leave Blacksburg. This is the second transfer of his career; the Towson, Md., native signed with Ball State out of high school.

Hazelton made the announcement Saturday through a social media post.

After sitting out 2017 as an undergraduate transfer, Hazelton led the 2018 Hokies with 51 grabs for 802 yards and eight touchdowns. His production dipped a bit in 2019, registering 31 catches for 527 yards but still collecting eight touchdowns.

He joins a Mizzou receiving corps where no player caught more than 31 passes in a Kelly Bryant-led offense. With Bryant out of eligibility and Eli Drinkwitz now running the show, expect Hazelton to be the focus of the Tigers’ re-tooled passing game.

The Notre Dame football team has seen its most recent recruiting class thinned thanks to an off-field incident.

During the Early Signing Period last month, Landen Bartleson signed on as a member of the Notre Dame football team’s 2020 recruiting class.  Bartleson had been expected to enroll at the university this coming summer.

Instead, Bartleson is one of three individuals arrested and charged with burglary, criminal mischief and receiving stolen property.  Bartleson, 18, and two 16-year-old juveniles were taken into custody Friday by Danville, Kentucky, law enforcement officials.

Danville police say officers were called to check out a burglary that happened overnight at a store on Westridge Drive.

As a result of the off-field incident, the Notre Dame football program has cut ties with Bartleson.  A statement from head coach Brian Kelly confirmed the development.

After reviewing all of the facts available to us and speaking with the Bartleson family, we informed them that Landen will no longer be welcomed as a member of our football program.

“This incident is very much out of character for the man we have come to know and we wish Landen and his family well.

Bartleson is a three-star 2020 prospect, rated as the No. 6 player regardless of position in the state of Kentucky.