They say things happen in threes, and Jeremy Sprinkle now has company. The Arkansas tight end who missed the Belk Bowl after shoplifting from the very store that sponsored the game was joined on the jurisprudence pages by a pair of Syracuse players earlier this week.

According to the Syracuse Police Department, Orange tight end Jaquwan Nelson and safety Devon Clarke were arrested Thursday for stealing two pairs of Yeezy boots, a laptop computer and a PlayStation 4. Yeezys are boots designed by rapper Kanye West that cost in the range of $650.

The arrests stemmed from an incident originally reported the day after Christmas.

Syracuse has not offered public comment on the arrests as of press time.

Few teams in college football have been quite as puzzling to figure out on a week-by-week basis as Arkansas. after one half in the Belk Bowl in Charlotte, North Carolina, it appears the good Razorbacks have shown up against Virginia Tech. Arkansas leads the Hokies 24-0 at halftime of the Belk Bowl.

Arkansas quarterback Austin Allen has thrown for 170 yards and two touchdowns, including one that was the result of an overturned call following an instant replay review in the second quarter to put the Hogs up 24-0 (Keon Hatcher caught the ball near the goal line and was credited with a score following a review).

Virginia Tech has been unable to get anything going on the ground against an Arkansas team that has struggled to stop the run all season long, and it was on the wrong foot right from the first snap of the game. Sam Rogers fumbled away the football to Arkansas on Virginia Tech’s first play of the game, setting the Razorbacks up at the Hokies’ 26-yard line. Arkansas was held to a field goal as the Virginia Tech defense came to the rescue. The Hokies turned the ball over on downs on their next possession when Jerod Evans was sacked by JaMichael Winston and Jeremiah Ledbetter. Evans was intercepted two possessions later, leading to an Arkansas touchdown town plays later.

There was a bit of an officiating meltdown toward the end of the first half on a muffed punt by Virginia Tech. Arkansas, despite never having control of the football during this sequence, was awarded the football following a penalty by Virginia Tech and multiple meetings between the Big 12 officiating crew and separate tongue-lashings by both head coaches Bret Bielema and Justin Fuente.

The Razorbacks are without tight end Jeremy Sprinkle. Sprinkle was suspended after reportedly shoplifting from a Belk department store, despite the Belk Bowl giving players a Belk gift card to spend.

The irony is deep and thick with this one.

Just a short time ago, Arkansas announced that starting tight end Jeremy Sprinkle had been suspended for tonight’s Belk Bowl matchup with Virginia Tech for conduct detrimental to the team.  Subsequent to that announcement, Jason Kersey of SEC Country reported that the suspension stemmed from Sprinkle allegedly attempting to shoplift from a retail outlet in Charlotte.

The retail outlet?  A Belk department store, the title sponsor of the game from which Sprinkle was suspended.

Sprinkle was accused of attempting to shoplift items at the Belk department store at the SouthPark Mall in Charlotte on Wednesday, sources said. The Arkansas team was there as part of a function for the bowl.

Each player on both teams had 90 minutes to spend a $450 gift card at Belk on anything in the store. The players also each received a Fossil watch. Sources said Sprinkle attempted to take items worth more than the allotted cost available. 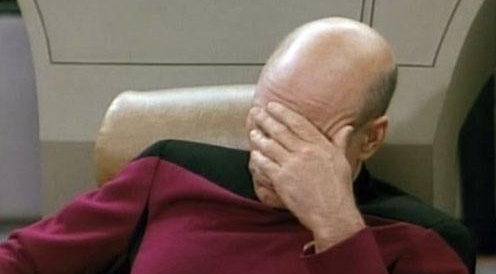 Sprinkle was not charged in connection to the incident, but the suspension means that the senior’s collegiate career has come to an end.

Quarterback Austin Allen will have one less weapon in the passing game at his disposal when Arkansas takes the field later on Thursday.

In a press release, Bret Bielema announced that Jeremy Sprinkle has been suspended and will not play in tonight’s Belk Bowl matchup with Virginia Tech.  The head coach cited “conduct detrimental to the team” as the reason behind the punitive measure, although he did add that the “suspension isn’t drug, alcohol or violence related.”

As this is the tight end’s last season of eligibility, it ends his collegiate playing career.

“Jeremy’s suspension has been known by our staff and players for several days so we’ve had a chance to prepare our game plan accordingly,” a statement from Bielema began. “Throughout his career and this season as a graduate student-athlete, Jeremy has displayed numerous times the qualities we want to represent our program. We have standards within our family that must be upheld on a daily basis and unfortunately he failed to do that in the last week.”

This season, Sprinkle was third on the team with 33 receptions. His four receiving touchdowns tied for second on the Razorbacks, while his 380 yards receiving were fourth.

So much for that post-Alabama hangover.

The Tigers proved that last week’s 10-0 blanking by Alabama was more about the Tide than themselves, as this week’s result looked identical to the pre-Alabama results under Ed Orgeron: a dynamic passing attack and lots and lots of Leonard Fournette with some Derrius Guice mixed in.

Fournette opened the scoring with a pair of short touchdown runs, and Guice effectively put the game away before it could get started when he added a 3-yard score to stake the Bayou Bengals to a 21-0 lead at the 10:19 mark of the second quarter.

Austin Allen, who set up LSU’s second score with an interception in his own territory, put Arkansas on the board with a 44-yard strike to Dominique Reed and then pulled within 21-10 to open the second half scoring, but Fournette’s third scoring rush of the night, this one to cap an 81-yard drive at the 6:59 mark of the third quarter, pushed the lead back to a comfortable 28-10.

Guice pushed the game into blowout territory when he raced for a 96-yard touchdown with 6:04 remaining in the contest. He finished with 21 carries for 252 yards and two scores, while Fournette charged for 98 yards and three scores on 17 carries. Danny Etling mixed an a complimentary 10-of-16 passing for 157 yards.

In what was a fitting end to an awful night, Arkansas seemingly added a cosmetic score on a touchdown pass to tight end Jeremy Sprinkle, but a review revealed him down at the 1-yard line. Freshman running back Devwah Whaley fumbled into the end zone on the next snap. Allen finished 15-of-31 passing for 210 yards with a score and two interceptions, while the Hogs were out-rushed as a team 385-81.

The win pushes LSU (6-3, 4-2 SEC) into a bowl game for the 17th straight season and, of more immediate importance, continues the argument for Orgeron to keep the job full-time ahead of a tough closing stretch at home versus Florida next week and at Texas A&M on Thanksgiving night.

Arkansas (6-4, 2-4 SEC) was exposed — again — as a step above the SEC’s lower class but three steps below the upper echelon of the conference. But with a closing stretch of Mississippi State and Missouri, an 8-4 regular season and top-25 finish still seems entirely likely.