One of the more bizarre — and asinine and inane, it should be noted — plotlines of the past few college football offseasons has taken yet another (final?) twist.

First, what led us to this point.

Earlier this week, it was reported that LeBron James‘ multimedia company, Uninterrupted, had sent a letter to Alabama’s football program expressing concern over a possible copyright infringement regarding an online video series capturing typical barbershop conversations.  The Alabama version, called “Shop Talk,” shows a barbershop-like conversation involving Crimson Tide head coach Nick Saban and former Crimson Tide standouts Julio Jones, Eddie Jackson and Ryan Anderson; LeBron’s version, dubbed “The Shop,” had already seen a pair of episodes released prior to UA doing theirs.  There was also a similarity in logos, inasmuch as scissors can potentially be intellectually co-opted as well.

As the kerfuffle continued to grow, Saban stated Wednesday that, when it came to UA’s version of the barbershop series, “we’re going to continue to do it.” Not long after, the NBA superstar responded by stating that “I’ll be damned if I’ll allow someone to use our platform or try to do the same thing we’re doing and just think it’s OK.”

“The lawyers will figure it out,” The King added ominously.

Wednesday night, the Alabama football Twitter account unveiled what was the second episode of the series.  The most noteworthy development in that release?  What was previously called “Shop Talk” had been officially changed to “Bama Cuts.”

Here’s to hoping that will placate The King as, prior to his Highness’ web series debuting, it’s quite obvious and indisputable no one had ever thought of barbershop talk being the focal point of an entertainment delivery system.  If you’re Eddie Murphy, Ice Cube or even Brutus “The Barber” Beefcake — or even Mitch Mitchell for a far more meaningful purpose — your mileage may vary on that particular assertion, though.

The only thing this barbershop dustup tells me?  There’s little doubt that the tea leaves are suggesting LeBron will leave the Cavaliers for the Clippers this NBA offseason.

The King of College Football isn’t backing down one bit from the Chosen One NBA King.

Tuesday, Saban was asked about the kerfuffle.  In a bold move, Cotton, the head coach stated that he and his university weren’t about to blink.

“There’s been at least 20 barbershop-type things I’ve seen on TV. I didn’t know anybody owned that. I didn’t know [LeBron] had one,” Saban said by way of al.com. “I’m sorry that anybody could [be] offended by something that we were just having fun with. I enjoyed it. And we’re going to continue to do it.”

“I think LeBron James is a great player,” the head coach added of the NBA superstar who also happens to be a huge booster of Ohio State in general and Buckeyes football in particular.

Nick Saban, Alabama proceeding with "barber shop" show.
Not if LeBron can help it.
"I respect him as a coach, but I’ll be damned if I’ll allow someone to use our platform or try to do the same thing we’re doing and just think it’s OK," he said. "The lawyers will figure it out.” 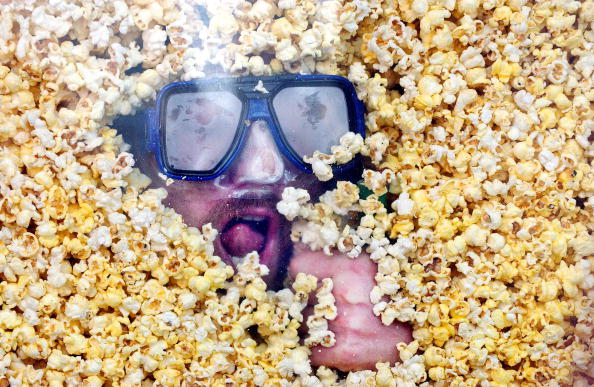 The NBA all-star and noted Ohio State fan has reportedly sent a letter to Alabama’s football program expressing a concern over possible copyright infringement regarding a series of online videos capturing typical barbershop conversations, according to ESPN. Alabama shared a tease for the first episode of it’s “Shop Talk” on Twitter recently, and it was quickly met with a letter from James’ multimedia company, Uninterrupted.

James’s online video series is dubbed “The Shop” and has already released a pair of episodes on Uninterrupted.

It is worth noting that imitation is the cheapest form of flattery in many respects, and this sort of stuff happens all the time in various forms. There are few original ideas out there to use to your advantage any more, and Alabama using a barbershop series to help promote its program is just another example of that. How far this friction will go with Uninterrupted remains to be seen, although the letter sent to Alabama seeks to come to a peaceful resolution through conversation rather than have to resort to any legal proceedings if they can be avoided.

LeBron James’ protests notwithstanding, Nick Saban says Alabama will ‘continue to do’ barbershop videos April 4, 2018 9:33 am