On the road a week after a big win against LSU, No. 2 Alabama (9-1, 6-1 SEC) recorded more sacks in a single game than any other game coached by Nick Saban in a 24-6 victory at No. 17 Mississippi State (7-3, 3-3 SEC). Alabama’s defense recorded eight sacks of Mississippi State’s Dak Prescott. Prescott had been sacked just three times all season before today.

Alabama’s victory was keyed by three big plays in the first half. Cyrus Jones returned a punt 69 yards for a touchdown in the second quarter. Jake Coker completed a 60-yard pass to Calvin Ridley for another, and running back Derrick Henry found daylight for a 74-yard touchdown run as Alabama opened up a 21-3 lead in the first half. Henry continued his Heisman Trophy push with 204 rushing yards and a second touchdown by the time the game was done.

Red zone miscues were a problem for Mississippi State. In the first half, the Bulldogs were stuffed on a fourth and goal from the one-yard line, leaving the potential scoring drive with nothing to show for it on Mississippi State’s second possession of the game. The home team also had a missed field goal and a lost fumble in the first half at a time when Alabama was struggling to get anything going on offense. It was only a matter of time, it seemed, before Alabama would make Mississippi State pay for not taking advantage of a strong defensive effort.

Alabama will wrap up its home schedule next week against Charleston Southern. The next time they take the field for an SEC contest they could, hypothetically, have the SEC West crown clinched. Alabama would need LSU and Ole Miss to lose one more game to clinch the division. LSU and Ole Miss play each other next week, so one is guaranteed to lose and fall out of the hunt. If things beyond their control do not work out for Alabama this week and next, then Alabama will head into the Iron Bowl looking to take care of business themselves.

Mississippi State also has two games remaining, both in SEC play. Next week Mississippi State will visit Arkansas. The Bulldogs return home the following week for the annual Egg Bowl against Ole Miss.

Alabama has been in a bit of a battle with Mississippi State so far this afternoon, but the big plays have gone Alabama’s way in the first half. A 69-yard punt return for a touchdown by Cyrus Jones, a 60-yard touchdown catch by Calvin Ridley and a 74-run by Derrick Henry have given Alabama a 21-3 lead in an otherwise evenly played game.

Alabama has needed the big plays to come through as they have, because the Crimson Tide have struggled against the Bulldogs defense. Alabama was without a third-down conversion before the big pass from Jake Coker to Ridley on a third-and-five situation. Ridley had plenty of open field with Mississippi State not pressing on coverage, and he get a heck of a block heading downfield as well. Later in the quarter, Henry had his first big run of the day, and it counted in a big way. After being contained for the first few possessions, Henry found room to run 74-yards for a touchdown. That run set a new SEC record for most consecutive games with a rushing touchdown (15).

Alabama running back Kenyan Drake was taken to the locker room in the second quarter with an air cast around his right arm. A medical staff member of Alabama’s was seen on TV holding the arm level as Drake made his way to the locker room. Alabama head coach Nick Saban was also hurt after being on the receiving end of a player running out of bounds, but he survived with a minor scrape on his face. 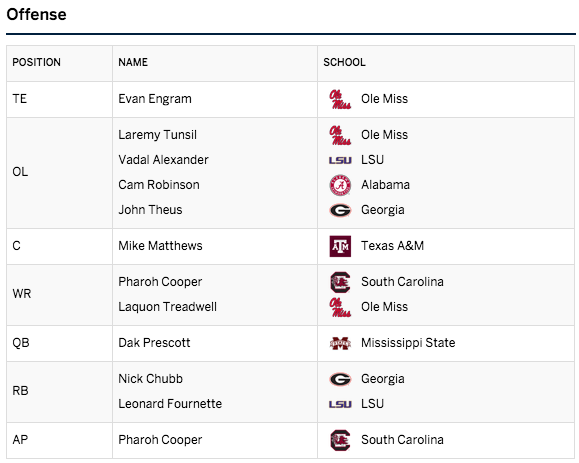 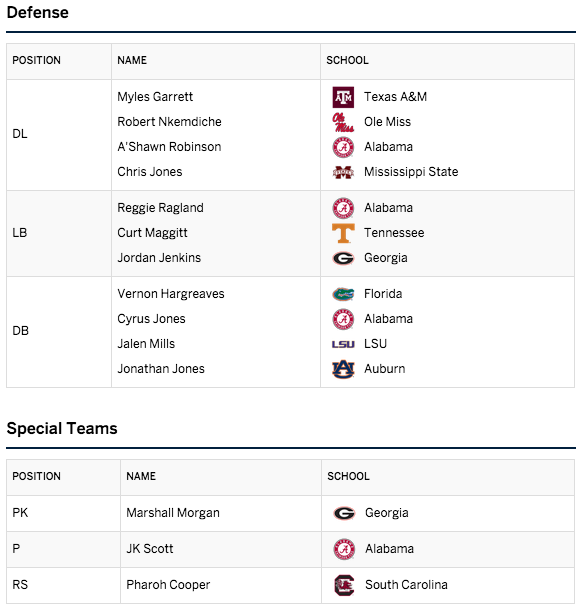 Alabama cornerback Cyrus Jones no longer has charges of domestic violence to battle. Just two days after being arrested for suspected domestic violence, the charges were dropped as a result of contacting the Tuscaloosa Police Department.

Alabama head coach Nick Saban held off on making any decisions on the status of Jones. Now that the charges have been dropped, it looks as though Jones could be in the clear moving forward at Alabama.

Alabama is not going to rush cornerback Eddie Jackson back to the playing field, but he will be available for the Crimson Tide Saturday against West Virginia if he is needed. Head coach Nick Saban said he would prefer to proceed with caution with Jackson, who underwent knee surgery to repair a torn ACL in spring practice.

“I wouldn’t rule out the fact he can play in this game,” Saban said, per Al.com. “But I would rather go in to the game thinking we would use him if we needed to rather than pushing him in the game.”

Saban said Jackson was not cleared for football activity in early June, but he must be doing well enough to be an option in the season opener. For now, Jackson will occupy a back-up spot on the depth chart until he is ready to go full speed and prove ready for an increased role in the defense. Cyrus Jones is currently listed as a starter ahead of Jackson.