Watch list season continued Friday with the release of the Outland Trophy watch list by the Football Writers Association of America. A total of 81 interior linemen (offense and defense) were named on the initial watch list for the award that goes to the top offensive lineman in the country. Of those 81 players on the list, 16 play in the SEC. The Pac-12 (13), Big Ten (11) and Big 12 (11) are all well-represented on the list as well.

This list of 81 watch list players will eventually be whittled down to three finalists, which will come from the FWAA All-America Team at the end of the season. Six or seven semifinalists will be named on November 19. The award is named after John Outland, an All-American lineman at Penn. The winner will be announced on December 10 at the Home Depot College Football Awards presentation. The award can go to either an offensive or a defensive player. The watch list includes 25 defensive linemen. Baylor offensive tackle Spencer Drago is the only player that appeared on the 2014 FWAA All-American team that is listed on the initial watch list. 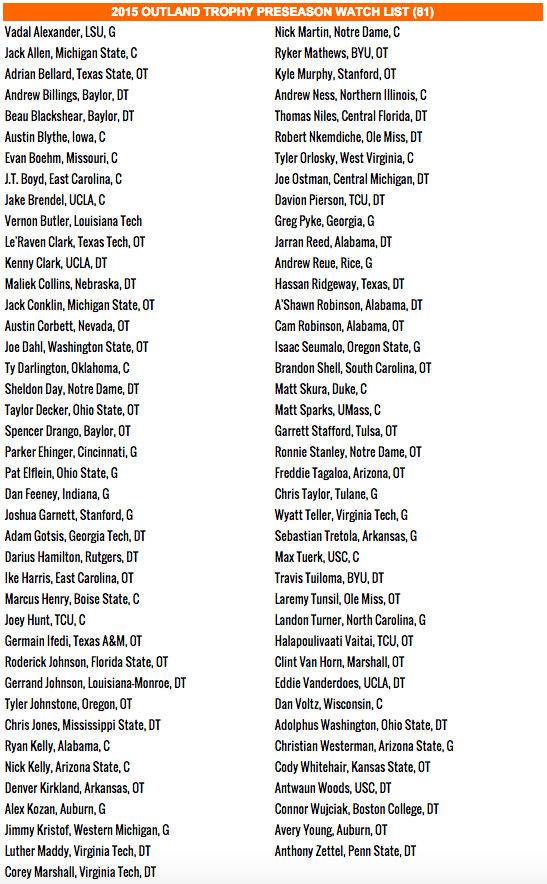