Not surprisingly, a past winner of the latest award to release a watch list is the headliner for this honor.

The Bednarik Award Tuesday announced its 2015 preseason watch list, which this year consists of 78 defensive players from eight of the 10 FBS conferences (Conference USA and the Sun Belt the lone exclusion).  Arizona linebacker Scooby Wright won the 2014 version of the award and, as he returned to the Wildcats for his senior season, makes the initial cut.

As was the case with the Maxwell Award watch list, the SEC led all conferences with 18 selections, followed by the ACC (13), Big Ten and Pac-12 (12 apiece) and the Big 12 (11). The most for a Group of Five conference was the mountain West’s four. 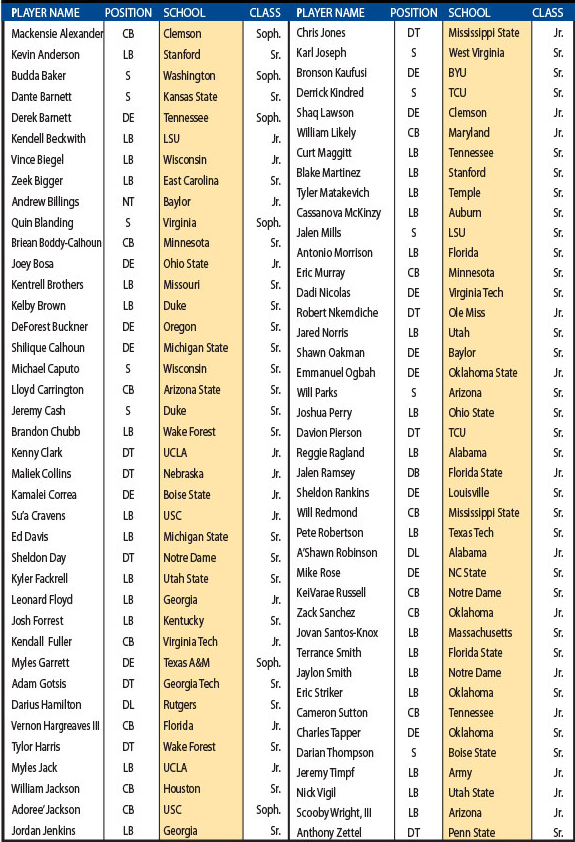